Laravel vs Magento – Which is the better PHP framework for e-commerce development?

Laravel vs Magento – Which is the Better PHP Framework for e-commerce Development?

There are numerous ready-to-use e-commerce solutions available in the market. However, the one-size-fits-all solutions don’t really work for most users. And even worst scenario is, many people start with readymade e-commerce solutions eventually find out that it doesn’t meet all of their requirements but it will be too late to switch to another solution.

Unless you are ready to live with the standard features available in the packaged e-commerce solutions, it is always better to develop your own custom e-commerce application with features tailored according to your specific requirements. One of the primary advantages of a custom-developed e-commerce solution is, you can extend and customise it the way you want it and technology will not be a barrier when it comes to adding features and enhancements.

In software development, “Frameworks” refer to libraries of source files which include a lot of basic functions built into it. This means, when you use the Frameworks, you do not have to redevelop these common functionalilites (like user registration, login, historical tracking, shopping card, error handing, security etc).

Let me give a real life comparison to understand the Frameworks better. Imagine you are building a home. You can build your own bricks to construct the walls, buy raw wood and carve them make furniture, buy base paints and mix colours to make the paint of your choice and so on. Alternatively, you can buy ready-to-use bricks, readymade furniture and premixed paints, which will help you complete your building project in a much faster way. The software Frameworks are like the second option – most of the components are pre-built and you can complete the project in a significantly shorter time with professionally built components instead of trying to build each of them by yourself and then trying to resolve the problems in your work.

HatchingWeb, a leading e-commerce solutions company in Kerala, recently re-developed its entire suite of e-commerce applications using the PHP – Laravel framework. At the end of this article, you can read how the company completed its migration into the Laravel framework seamlessly and ended with a stable, scalable e-commerce product with 50% better performance compared to its predecessor.

Before I go deep into a comparison of the two popular e-commerce development platforms (Magento vs Laravel), let me warn you that developing a custom e-commerce application is not as easy as you may be thinking. It involves a lot of time and efforts. You need to design your database future-proof, as a foundation on which your application will be built. You need UI Designer and UX developer to build an intuitive user interface. Then you need programmers to develop the application using a technology that is solid and feature-rich. Which technology to choose depends on a lot of parameters including the availability of developers, existence of a community who can provide you solutions to the problems that your team may come across, on-going enhancement of the platform, availability of tools and plugins for the platform you chose and so on.

In this article, I am going to compare two of the most popular technology platforms widely used for e-commerce application development – Magento vs Laravel.

Magento vs Laravel – Which is better for E-commerce Development

We are doing an honest comparison of Magento and Laravel for e-commerce website development below. Check out various aspects of both the solutions and finally, we have given our conclusion on why we chose Laravel over Magento for re-developing our e-commerce solution.

Laravel is a relatively new kid on the street. Even though the initial version of Laavel was released by its founder Taylor Otwell in 2011, it went through radical changes and was completely rewritten in 2013. It became a widely accepted e-commerce development platform and started growing exponentially in terms of market acceptance in the last two years.

If you consider the “Age” as a deciding factor, then Magento has an edge here. However, Laravel has the advantage of being more modern technology.

Magento is one of the oldest development platforms for PHP, and the availability of developer resources are relatively higher. Laravel is still evolving and so, number of developers available to hire is relatively lower. Most companies will end up hiring Magento or Codeigniter developers and train them in Laravel platform.

Due to the high demand for Laravel experts, the experienced Laravel developers are usually paid higher. This means higher development cost for companies and it could be one of the reasons many e-commerce companies still prefer Magento over Laravel.

If budget is not a constraint for you, then you can find Laravel developers to hire. Alternatively, you can hire PHP experts who have experience in other MVC platforms and give them training on Laravel. Since Laravel is an MVC based platform, it wouldn’t hard for a developer with MVC knowledge to learn the technology and become productive quickly.

Magento is a clear winner here. With is wide acceptance as the default e-commerce development platform for most enterprises, Magento has the best community support. You can find numerous forums and communities around Magento platform. That means, when you need help regarding issues that you encounter during development, you can get a lot of support through the communities.
Laravel is still catching up in terms of communities. There are quite a few online forums for Laravel framework but they are relatively newer and have fewer developers actively contributing. So when it comes to community support, Magento is the winner.

Magento was developed around a decade ago and has gone through several iterations during the past years. During this period, it has become pretty sluggish and complex. Even though it provides a lot of handy and convenient options to build solid e-commerce applications, the code written in Magento can get sluggish very quickly, making it complex to read, debug and troubleshoot. Unless you are one of the original developers of the application, it will be very difficult for someone to read through the code written by someone else and fix the issues.

On the other hand, Laravel being a modern MVC architecture based framework, the code is very structured and easy to manage. Any Laravel developer can understand the code written by other developers and troubleshoot relatively easily, thanks to the MVC framework. Also, the ORM (Object Relational Mapping) based coding makes the database operations easier with PHP based syntax instead of traditional complex SQL scripting.

When it comes to simplicity of coding and ease of maintaining code, Laravel is a definite winner.

Magento or Laravel – Which is better?

HatchingWeb recently redeveloped its e-commerce solution using the Laraval framework. The previous solution was several years old, had a lot of sluggish code added to the package over a period of time to support the evolving requirements and also, it became hard to maintain a huge codebase. After a lot of risk analysis and budget allocation planning, the company decided to take up the challenge – redevelop its entire suite of e-commerce products using a modern PHP framework. The company compared many available frameworks including Magento, Yii and CodeIgniter. After a lot of evaluation and research, it was concluded that Laravel is the best framework, considering its clean coding style, MVC architecture, ORM-based data access model and availability of ready-to-use e-commerce features. It took nearly 1-year to complete the migration to Laravel and multiple developers and designers but in the end, the efforts paid off. The end result is a high performing e-commerce solution with significantly better performance, more intuitive user interface and a stable product with much better error handling and tracking.

Make your website more streamlined and dynamic by designing a perfect About us page that showcases your best assets. Learn how to create an effective About page.
February 08, 2022

How to design the perfect About Us page for your website 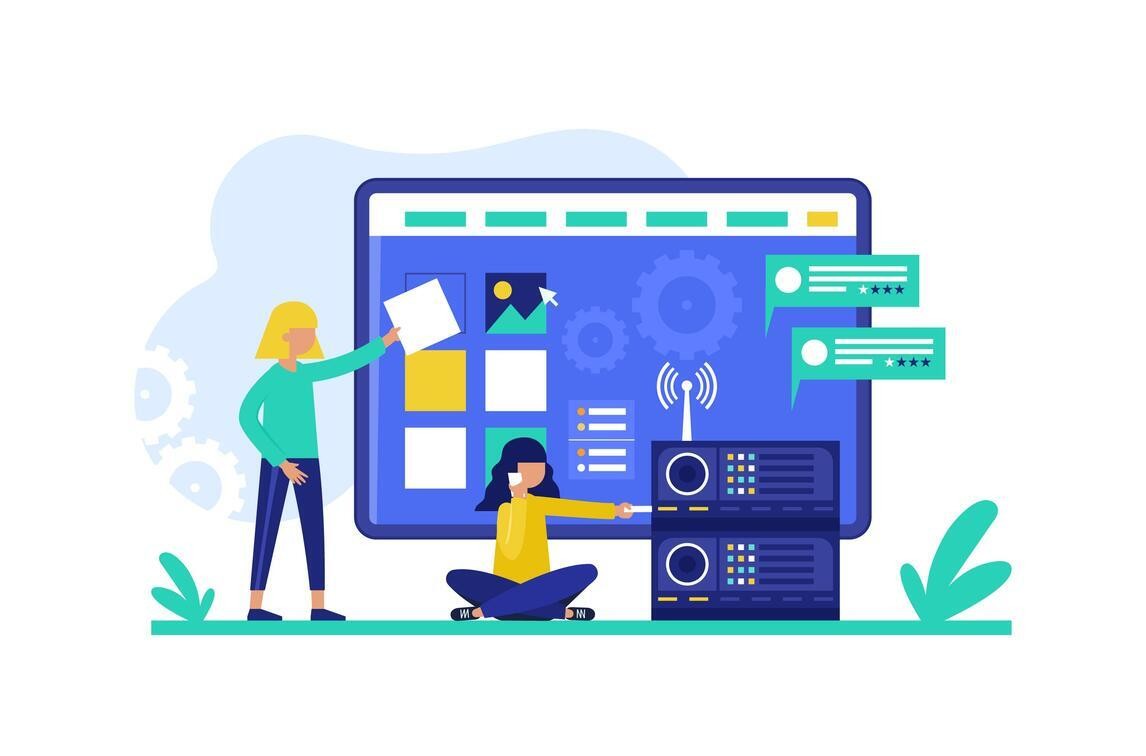 If you are a business owner and have a website for your business, here are the things to follow to create a perfect landing page.
January 04, 2022

How to Create a Perfect Landing Page For Your Business 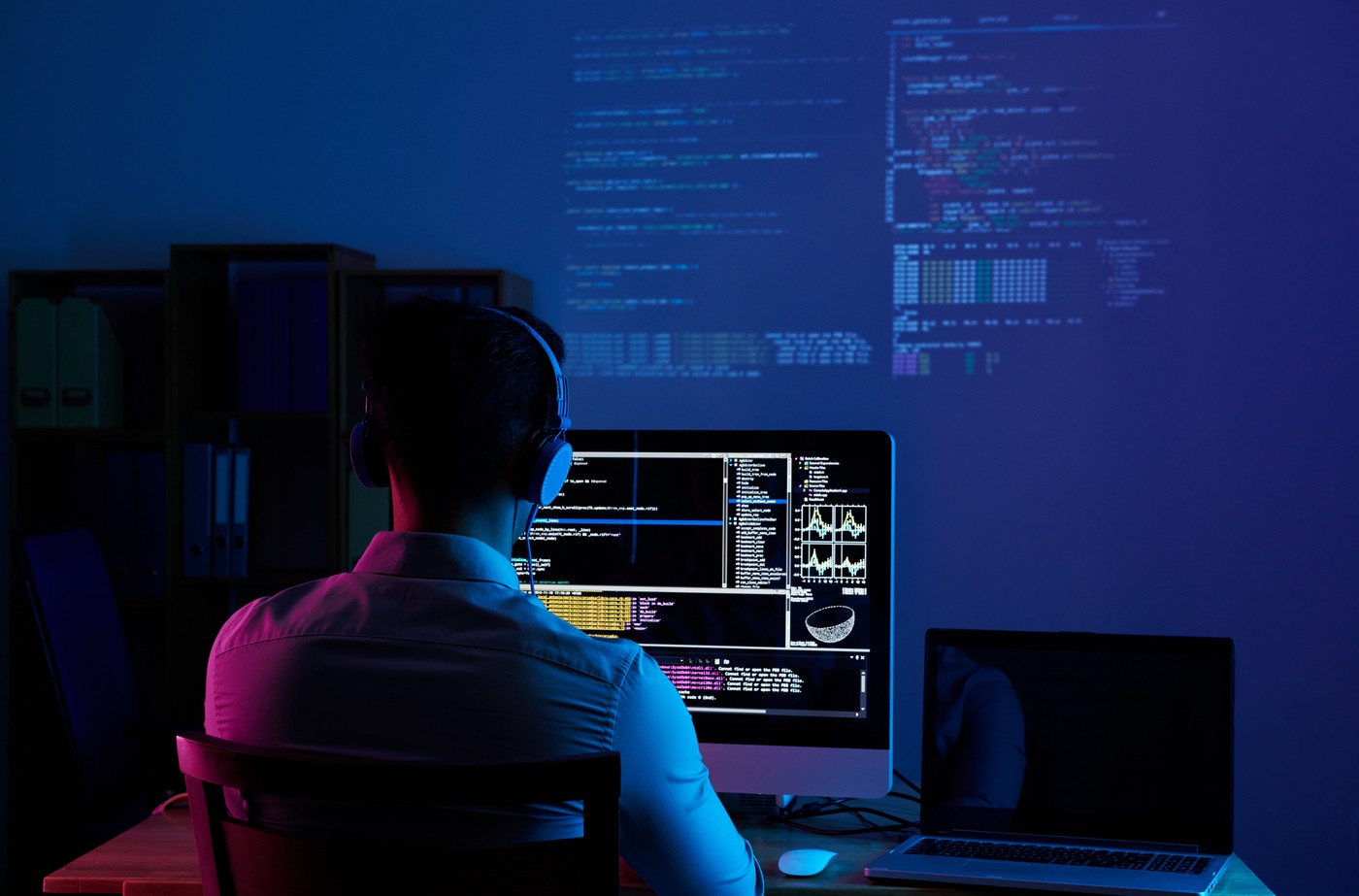